From some banter via twitter this morning with Clint Lalonde and Pat Lockley, it occurred to me a great challenge to Creative Commons is that the license is metadata that is usually separated from the content it refers too– e.g. it is extra code in a web page, or additional information stored with a photo in flickr.

@patlockley @cogdog my guess is they will leave it up to the user to attribute correctly, meaning it likely won't happen.

Yet it is possible, at least with images, to insert a rights statement into the media itself. This could be done with mp3 audio files with ID3 tags. But it’s mysterious, elusive, and not really used in any way.

The process I still use for managing my photos with Aperture includes metadata I have aperture add to every image. I wrote already how this is done (by making a custom metadata preset), and what it looks like.

At the time of import into Aperture, I have Aperture automatically add a Creative Commons BY-SA statement into the image metadata. 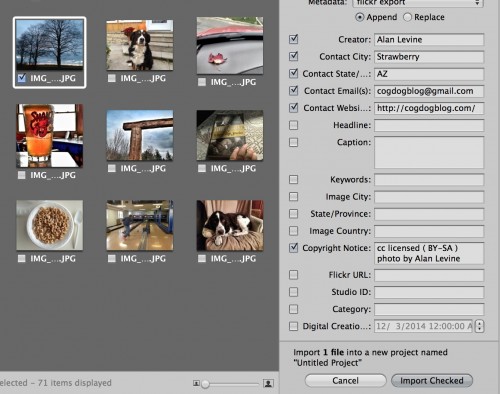 This means data that is stored into the image file itself. Here it is for a photo recently run through my system: 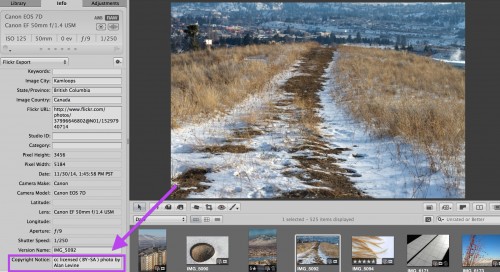 The Aperture Flickr Exporter tool I use sends the photo, and all of the titles, descriptions, tags I write to flickr when it uploads the image: 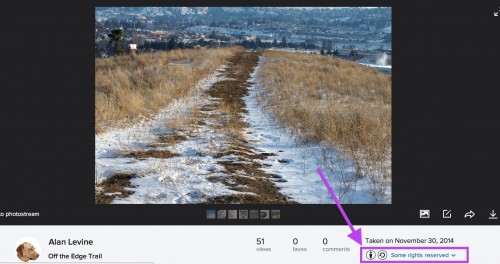 The Creative Commons attribution that flickr adds is external to the image; they store it their database, and thus represent it when it appears on flickr. But my extra metadata (including a creative commons assertion) travels with the image. If you download the original size from flickr the metadata I put in with Aperture is still there (not sure why they strip metadata when they make copies in other sizes, see the problem?). 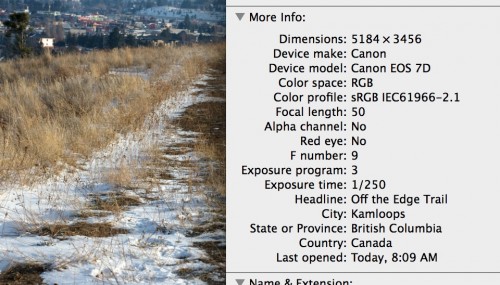 To see it all, I need another kind of software. In Photoshop you can see all metadata from the File menu -> File Info. Viewed raw, you see its all XML, but there, in some Dublin Core field for rights is my statement: 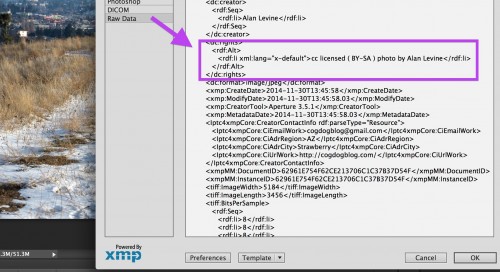 Photoshop gives you a human readable form of this. Again, the metadata rights statement I inserted in Aperture has traveled with this image up to flickr back down and can be seen again. Of course it’s not anything “standard” but it could be formalized in software and other tools. If someone gave a rat’s whisker about it. 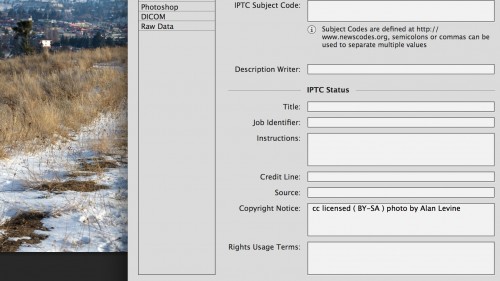 In some Alternate Universe Full of Attribution as a Value, this kind of action would be built into all our software. When we used media, it could automatically provide proper attribution, because the information would travel with the media.

Until then, it requires some elbow grease and DIM mindsets.