In some reference of software design, there’s a process where you figure out all the features you might need, plant it all out neatly, build it, and then go into some cycle of testing and debugging. Then you roll it out, tweet it, and … well I don’t really know how it works.

In my little messy world, I get some fuzzy idea, a scurry around to see what bits others have already built, then I start taping ti together and holding things with wire. Most of the time, the final features only come into my mind as I am making it, not before.

Often it ends up as lovely as some of my bread experiments:

I’m still rather excited with the results of an open tool for simple web publishing that requires no logins, most of it came together in about a week of WordPress hacking, and a few folks have tried it out. See the TRU Writer at http://splot.ca/writer. The nifty thing is you are secretly logged in as a generic WordPress user (to enable the media and writing tool) but you never see the WordPress interface. 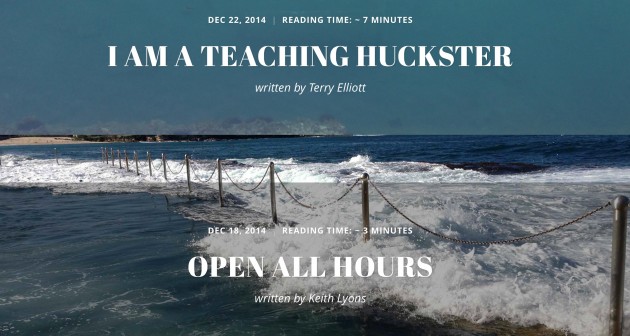 I’m stoked to see some more than “play with it and toss up some fun stuff” (I’ve been doing that for weeks) in two that recently went live: Open all Hours by Keith Lyons and I’m a Teaching Huckster by Terry Elliot. While I am thinking of it, I wonder about adding a feature that tracks how long/short it takes someone to go from first draft to published.

Some friends have sent some great questions, and then all kinds of feature requests.

What is it? Is it like medium? Is it a community?

It of course lifts a lot of design elements from medium.com, big page wide header, generous white space margins and line spacing. It has estimated reading time. That’s what came with (and why I chose) the free Radcliffe theme as a starting point.

Right now, it’s not a community. As a wordpress theme, one could create a separate site for many kinds of uses; one for just a class to share written essays, one just to be an issue or a series of issues of an online journal. But a community? Who knows?

Why does it not do private posts?
I never thought about it. Not sure why its needed; trying to steer clear of D’Arcy Norman’s laws of things tending to approach LMSes.

Why cannot I edit it after it’s submitted?
To give re-editing access seems to require some means of logging in; how does the site know who authored it? I did consider a way around this, when its published, it could generate a specific URL with a random access code; if the writer was able to save it (cough- copy/paste), I could code a way to put the content back into the editing form for revision.

The copy/paste from Word is rather exciting, since I find out that is how 98% of academics compose things (a totally made up stat, but my hunch is close). I did a test with the Word version of a 2008 EDUCAUSE Review paper I co-authored with Bryan Alexander 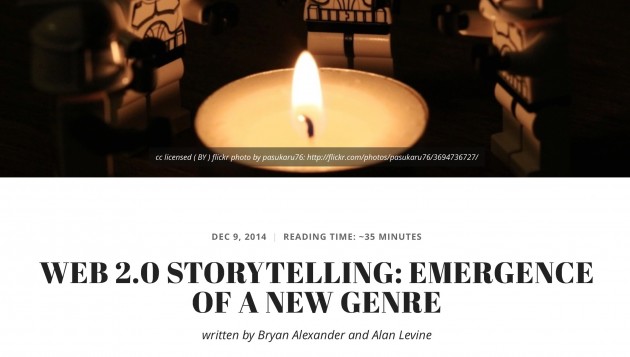 and Anonymous tried out a version of a more recent EDUCAUSE Review piece, using a copy/paste from Word: 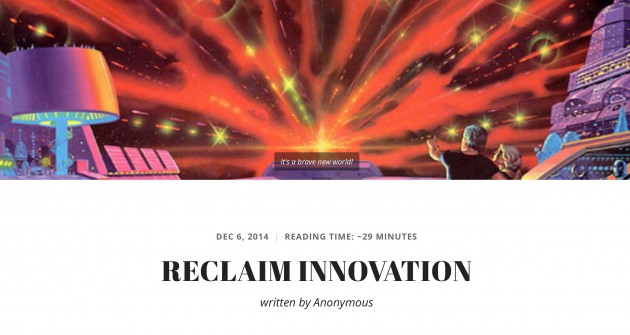 It also works well with formatting copied directly from a web page. What this means is, from Word, or a web page copy, you keep all Headings, lists, blockquotes, bold, italic that are in the page as semantic items (for BLEEPS sake, why do people not use the headings styles in Word?). As a test, I did a web age copy from a version of a 2000 online article from years gone by, put in TRU Writer, added some images, and a YouTube clip, and voila:

If I did nothing beyond copy pasting, filling out the form, it might have been a 7 minute effort. By looking for an image and a video clip, I might have piled on 6 more minutes to the process.

Even today, while testing this out, I got a new idea for a feature. I noted in the one shared by Keith Lyons, he started with a bit of explanation of what he was writing about, and it occurred to me to add a field for some end notes, some extra details to say about the piece. Here is what the form looks like now, with several additions since the last write up:

For the author field (the default is “Anonymous”) I added a note to say if you include a twitter handle, it goes with the tweet generated by the button at the bottom of a form. Just in case you want some mention-ness. 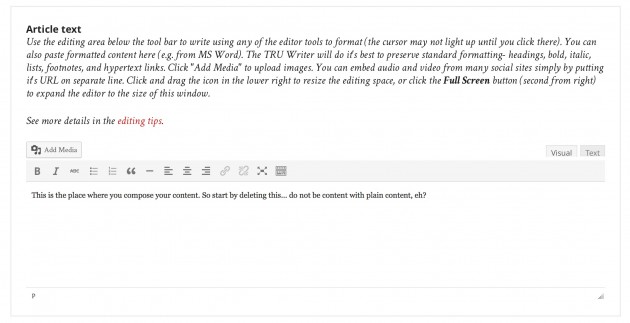 Thanks to a great suggestion by John Johnston, I moved the article writing area much higher (doh, in the first version it was below categories and tags). This is a rich text editor, the same one you use inside of WordPress. I was able to use some code mojo to remove buttons not needed (like the “more text” one). I love me some WordPress hooks.

I also tried to fill in more info for the help tips, a link that opens up info in a lightbox overlay. I really do not see a need to explain every single button, so I linked to the WordPress info. The main things there are some guides for inserting media uploaded, and info on embeds. 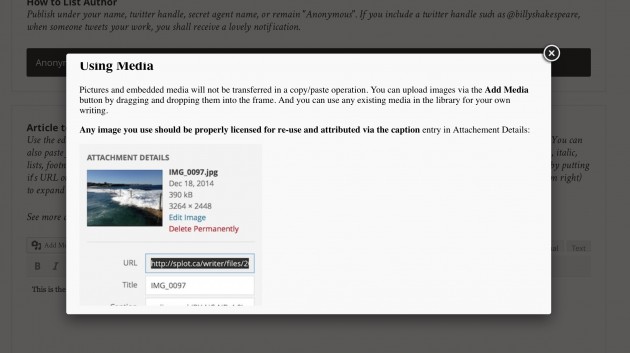 This is a real advantage of this tool, the idea would be to take a plain text article, and add in the affordances you have on the web, links, images, and embedded media. 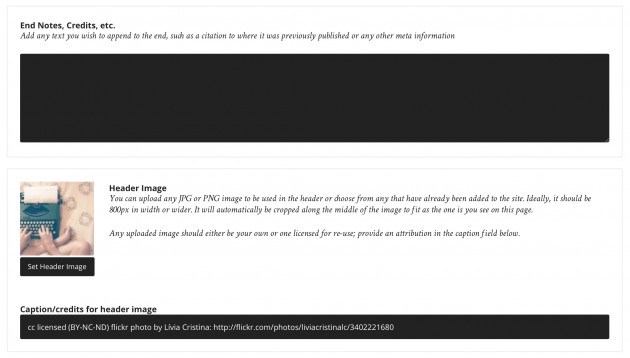 Finally, there is the new form item to add end notes; these get appended to the content when viewed, e.g.

I could tweak this for weeks. The preview/publish process might be clunky, or people might forget to click the final button (no work is lost, it just never gets pushed into the pending post area). I do have an thing rigged to generate notification emails to people the site owner designates as editors. And my clever cookie logout thing is not working.

The idea is that if you want some other features, well heck git it done. It’s a theme. Hack away.

Or publish something. Break the sucker http://splot.ca/writer.

That’s what I will keep doing, though I ought to be pointing efforts elsewhere (more on that soon).

One thought on “Tweaking TRU Writer / Coding By No Textbook”